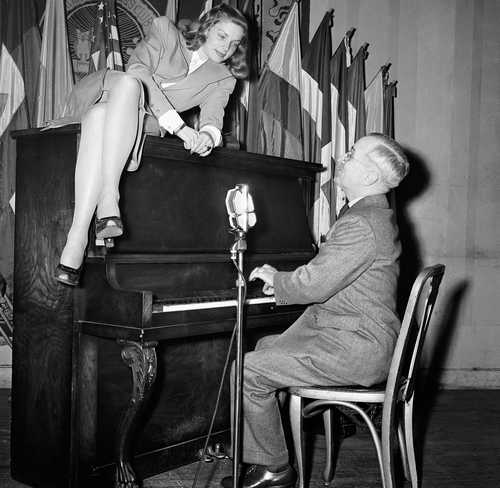 
Didn't I see you down in San Antone on a hot and dusty night
Weren't you eating eggs in Sammy's there when the black man drew the knife
Didn't you drown the Jew in Rampton when he washed his sleeveless shirt
With a Spanish speaking gentleman, the one that we call Kirk
Come now, gentlemen, there must be some mistake
How forgetful I'm becoming, now you fixed your business straight

Weren't you acting down in Broadway back in 1956
You're a faggot, little leather boy with a smaller piece of stick
You're a lashing, smashing hunk of man, your sweat shines sweet and strong
Your organ's working perfectly but there's a part that's screwed on wrong

Come now, gentlemen, your love is all I crave
You'll still be in the circus when I'm laughing, laughing in my grave

Yeah when the old men do the fighting and the young men all look on
And the young girls eat their mommy's' meat from tubes of plasticon
So be wary, please, my gentle friends of all the skins you breed
They have a nasty habit, that is they bite the hand that feeds

So remember who you say you are and keep your trousers clean
Boys will be boys and play with toys so be strong with your beast
So Rosie dear, don't you think it's queer, so stop me if you please
The baby's dead, my lady said "You schmucks all work for me"
Arriba


Sixteen hours ago an American airplane dropped one bomb on Hiroshima, an important Japanese Army base. That bomb had more power than 20,000 tons of T.N.T. It had more than two thousand times the blast power of the British "Grand Slam" which is the largest bomb ever yet used in the history of warfare.

The Japanese began the war from the air at Pearl Harbor. They have been repaid many fold. And the end is not yet. With this bomb we have now added a new and revolutionary increase in destruction to supplement the growing power of our armed forces. In their present form these bombs are now in production and even more powerful forms are in development.

It is an atomic bomb. It is a harnessing of the basic power of the universe. The force from which the sun draws its power has been loosed against those who brought war to the Far East.

Before 1939, it was the accepted belief of scientists that it was theoretically possible to release atomic energy. But no one knew any practical method of doing it. By 1942, however, we knew that the Germans were working feverishly to find a way to add atomic energy to the other engines of war with which they hoped to enslave the world. But they failed. We may be grateful to Providence that the Germans got the V-1's and the V-2's late and in limited quantities and even more grateful that they did not get the atomic bomb at all.

Beginning in 1940, before Pearl Harbor, scientific knowledge useful in war was pooled between the United States and Great Britain, and many priceless helps to our victories have come from that arrangement. Under that general policy the research on the atomic bomb was begun. With American and British scientists working together we entered the race of discovery against the Germans.

The United States had available the large number of scientists of distinction in the many needed areas of knowledge. It had the tremendous industrial and financial resources necessary for the project and they could be devoted to it without undue impairment of other vital war work. In the United States the laboratory work and the production plants, on which a substantial start had already been made, would be out of reach of enemy bombing, while at that time Britain was exposed to constant air attack and was still threatened with the possibility of invasion. For these reasons Prime Minister Churchill and President Roosevelt agreed that it was wise to carry on the project here. We now have two great plants and many lesser works devoted to the production of atomic power. Employment during peak construction numbered 125,000 and over 65,000 individuals are even now engaged in operating the plants. Many have worked there for two and a half years. Few know what they have been producing. They see great quantities of material going in and they see nothing coming out of those plants, for the physical size of the explosive charge is exceedingly small. We have spent two billion dollars on the greatest scientific gamble in history - and won.

But the greatest marvel is not the size of the enterprise, its secrecy, nor its cost, but the achievement of scientific brains in putting together infinitely complex pieces of knowledge held by many men in different fields of science into a workable plan. And hardly less marvelous has been the capacity of industry to design, and of labor to operate, the machines and methods to do things never done before so that the brain child of many minds came forth in physical shape and performed as it was supposed to do. Both science and industry worked under the direction of the United States Army, which achieved a unique success in managing so diverse a problem in the advancement of knowledge in an amazingly short time. It is doubtful if such another combination could be got together in the world. What has been done is the greatest achievement of organized science in history. It was done under high pressure and without failure.

We are now prepared to obliterate more rapidly and completely every productive enterprise the Japanese have above ground in any city. We shall destroy their docks, their factories, and their communications. Let there be no mistake; we shall completely destroy Japan's power to make war.

It was to spare the Japanese people from utter destruction that the ultimatum of July 26 was issued at Potsdam. Their leaders promptly rejected that ultimatum. If they do not now accept our terms they may expect a rain of ruin from the air, the like of which has never been seen on this earth. Behind this air attack will follow sea and land forces in such numbers and power as they have not yet seen and with the fighting skill of which they are already well aware.

The Secretary of War, who has kept in personal touch with all phases of the project, will immediately make public a statement giving further details.

His statement will give facts concerning the sites at Oak Ridge near Knoxville, Tennessee, and at Richland near Pasco, Washington, and an installation near Santa Fe, New Mexico. Although the workers at the sites have been making materials to be used in producing the greatest destructive force in history they have not themselves been in danger beyond that of many other occupations, for the utmost care has been taken of their safety.

The fact that we can release atomic energy ushers in a new era in man's understanding of nature's forces. Atomic energy may in the future supplement the power that now comes from coal, oil, and falling water, but at present it cannot be produced on a basis to compete with them commercially. Before that comes there must be a long period of intensive research.

It has never been the habit of the scientists of this country or the policy of this Government to withhold from the world scientific knowledge. Normally, therefore, everything about the work with atomic energy would be made public.

But under present circumstances it is not intended to divulge the technical processes of production or all the military applications, pending further examination of possible methods of protecting us and the rest of the world from the danger of sudden destruction.

I shall recommend that the Congress of the United States consider promptly the establishment of an appropriate commission to control the production and use of atomic power within the United States. I shall give further consideration and make further recommendations to the Congress as to how atomic power can become a powerful and forceful influence towards the maintenance of world peace.